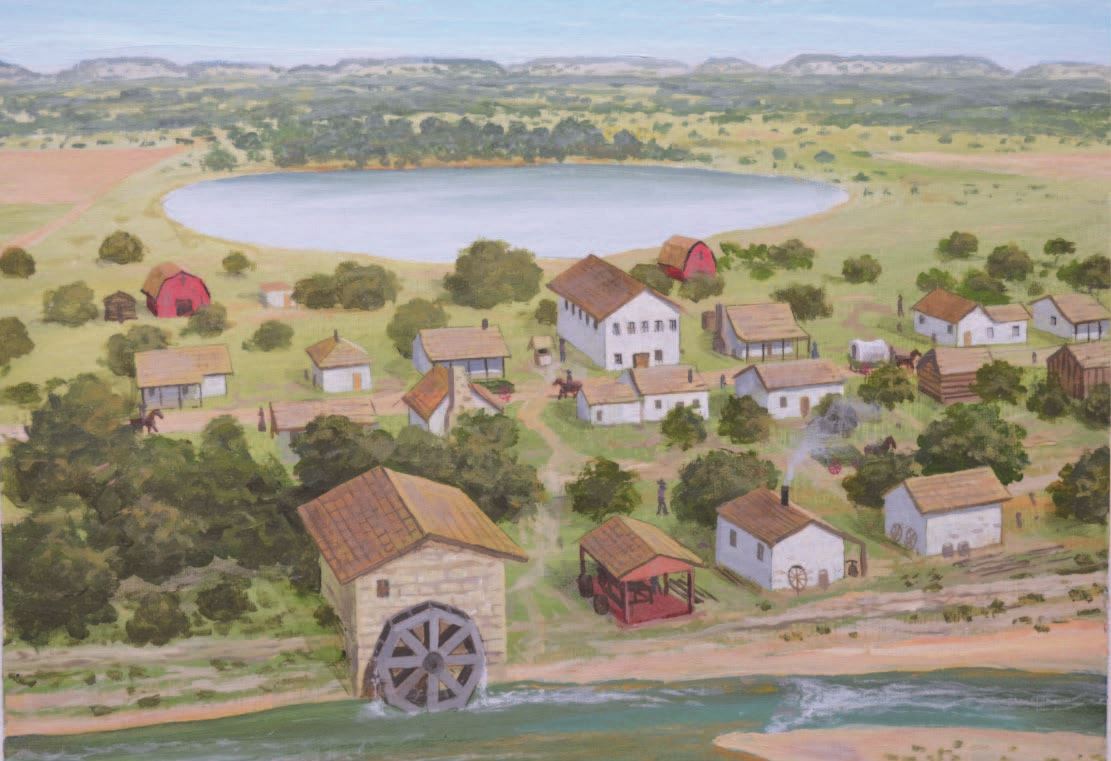 Later known as Rocky Hill, Zodiac was on the Pedernales River three miles southeast of Fort Martin Scott. Zodiac was founded in 1847 by a group of Mormons under Lyman Wight, who had sought and received John O. Meusebach’s permission to settle near Fredericksburg. They built a storehouse, private homes, and laid out a series of communal farms. The 1850 census recorded 161 residents living on 2,217 acres of land. The Mormons supplied the area with seeds, flour, furniture, and lumber; they also helped build Fort Martin Scott in 1848. The Mormons left Gillespie County after a flood destroyed their mills in 1853 but retained ownership of a one acre cemetery in Zodiac, at which Wight was later buried. Shortly after the Mormons departed, a group of English, German, and Danish families moved in. Before and during the Civil War the area was the site of the only Gillespie County cotton plantation to use slave labor; descendants of the slaves still owned land there as late as 1947. The town was renamed Rocky Hill after the local school, built in 1885.